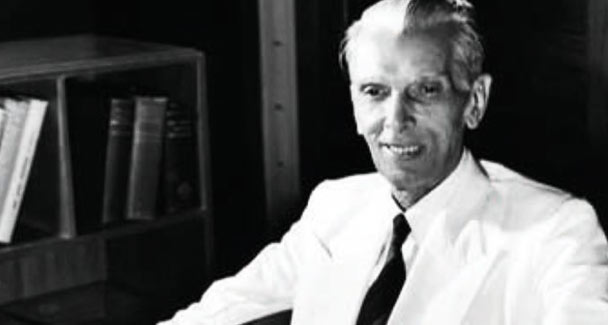 Day after dreary day it goes on — a professor, a woman, shot and killed in a rickshaw in Quetta, four policemen blown up in Peshawar, five ‘activists’ shot dead in Karachi, and more, much more.

This land has a helmsman of little consequence and the sub-leadership is habitually frugal with the truth, always hoping that lies will sustain them. The future is hardly exhilarating, and we heedlessly plod on. We are not even told the truth when the latest political ‘triumph’ is bandied about, we are told about the 18th Amendment to the constitution, to many a non-event, to others an affront to democracy, and to those who brought it about a means to survive the parliamentary term extended to them.

That being so, credit must be given where due — and due it is as far as one insertion is concerned, though the piece of legislation into which one word was restored should never have come into being. Part of the 8th Amendment was the inclusion into the constitution of the Objectives Resolution by Article 2(A) reproducing it in the annex and making it a substantive part of the constitution — and this notwithstanding the fact that the Objectives Resolution already formed its preamble.

There was one glaring difference in preamble and annex — why and how it came about has never been explained but it must be assumed that it was a mala fide exercise. One principle enunciated in the resolution pertains to the minorities: “Wherein adequate provisions shall be made for the minorities freely to profess and practise their religions and develop their cultures.” Such is recorded in the preamble. But in the annex the word ‘freely’ was omitted, thus altering the entire spirit of the provision. The missing word has now been re-inserted by the 18th Amendment — so on that score, well done!

The Objectives Resolution, legislation which would never have been permitted by the founder maker of this country, Mohammad Ali Jinnah, came into being in March 1949, a mere six months after his death when his loyal lieutenants succumbed to the pressures of the religious right which sought to impose its will on a country, the formation of which it had either opposed or stood by silently while the Muslim League struggled. It negated all that Jinnah had stood for, if we are to take as our guideline his famed address to the constituent assembly of Aug 11, 1947, when he declared that faith, caste or creed were to be put aside and all were to be equal citizens of one country, and, most importantly, that religion was not the business of the state.

The most ominous words spoken that March day when the resolution was passed by the constituent assembly were spoken by Hindu citizen of Pakistan, Sri Chattopadhyay, who represented 25 per cent of the then East Pakistan population.

“I sadly remind myself of the great words of the Quaid-i-Azam that in state affairs the Hindu will cease to be a Hindu; the Muslim shall cease to be a Muslim. But alas, so soon after his demise what you do is that you virtually declare a state religion.”

“You could not get over the old world way of thinking. What I hear in this resolution is not the voice of the great creator of Pakistan — the Quaid-i-Azam, nor even that of the prime minister of Pakistan, the honourable Mr Liaquat Ali Khan but of the ulemas of the land.”

“This resolution in its present form epitomises that spirit of reaction. That spirit will not remain confined to the precincts of this house. It will send its waves to the countryside as well. I have been passing sleepless nights pondering what shall I now tell my people whom I have so long been advising to stick to the land of their birth.”

“And on the top of this all, by this resolution you condemn them to a perpetual state of inferiority. A thick curtain is drawn against all rays of hope, all prospects of an honourable life. After this what advice shall I tender? What heart can I have to persuade the people to maintain a stout heart?”

The waves indeed swept through the country, the first manifestations of intolerance, bigotry and their accompanying violence coming in 1953 with the anti-Ahmadi riots in Punjab. The rot grew and was given full impetus in 1977 when socialist democrat Zulfikar Ali Bhutto (who throughout his life showed few signs of fanatic zealotry) miserably surrendered to the mullah fraternity in the hope that he could cling on to a fast disappearing power seat. From then on, with the advent of Gen Ziaul Haq and his particular brand of religion, the descent has been swift.

Those who followed either exhibited little will to stem the rot or were hand in glove with the forces of darkness, the enemies of tolerance. Jinnah’s Pakistan has virtually ceased to exist, but there are still some who hope it has not yet been interred for ever.